This is such important and exciting information. My mother is experiencing dementia and I have been searching
everywhere for anything to help her. This information is a blessing from God! Any suggestions would be greatly appreciated. Thank you Dr. Newport and Dr. Veech, and may God bless you for all of your work. What can “we” do to help get your information out to others and to help find the funding needed?

Judy, we’ll be more than happy to assist you in supplementing your mothers diet. Please send us an email with good contact information and one of our team will reach out to you. Please send the email to: Ketones08@aol.com

My father has Alzheimer. And I want to buy this Ketone Ester product. Could someone help me with this?

We would love to help you out. Have you visited http://marynewport.pruvitnow.com ? If you need more assistance please send an email with you contact information to betterin60@gmail.com. Please include your name and phone number so we can call you.

Does the ketone diet seem to have a great effect on Parkinsons in comparison to alzheimers? My 84yr. old husband is having more problems with parkinsons having had it about 15 years,. He is on Sinemet and also has diabetes II. I am looking for something that might help him in some measure.
Thank you.

I hope this helps!!

This is such important and exciting information. My mother is experiencing dementia and I have been searching
everywhere for anything to help her. This information is a blessing from God! Any suggestions would be greatly appreciated. Thank you Dr. Newport and Dr. Veech, and may God bless you for all of your work. What can “we” do to help get your information out to others and to help find the funding needed?

I hope this helps your mother. You can help spread the message by simply giving the link to this website https://coconutketones.com to those who need help and who will pass it on to help others. You could also print out the free articles for those who may not have access to the internet. The
Alzheimer’s Association is now going to fund a study of Dr. Veech’s ketone ester…finally!!! You could donate to them and write on it that you wish the money to be used for ketone research.

Best regards to you and your family, Dr. Mary Newport

I have not checked in here for some time because I thought it was getting boring, but the last several posts are good quality so I guess I will add you back to my everyday bloglist. You deserve it my friend 🙂

Thank you! I have spent a lot of time reworking and adding to the website.

Hey. I was thinking of adding a backlink back to your site since both of our web sites are based around the same subject. Would you prefer I link to you using your website address: BLOGURL or blog title: BLOGTITLE. Please make sure to let me know at your earliest convenience. Thanks!

Please use the website address. The website moves easily to the blog but not vice versa. https://coconutketones.com

Hello your web-site url: BLOGURL appears to be redirecting to a completely different web site when I click the home-page button. You might want to have this looked at.

Thank you for the heads up. I will check it out.

This site uses Akismet to reduce spam. Learn how your comment data is processed. 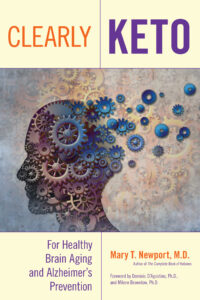 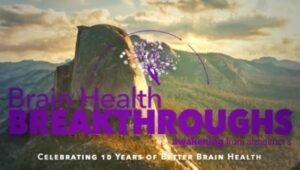